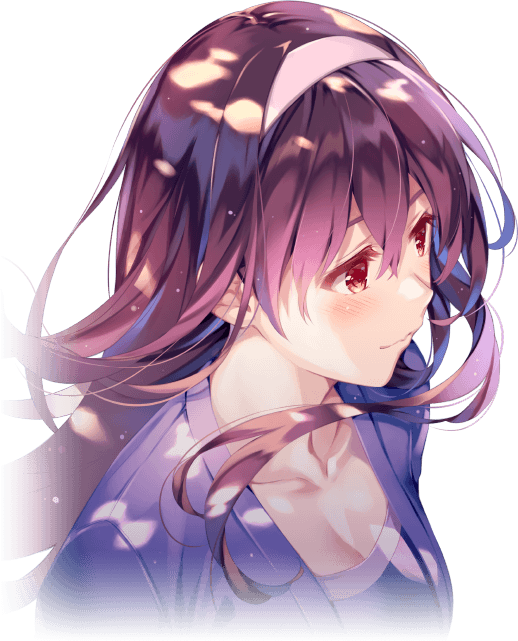 It’s difficult being around a
psycho-woman and a child (size-wise, too),
but when it comes to our goal, we’re all on the same page.

Ultra-popular light novelist who is active under the pen-name “Utako Kasumi.” Her debut work, “The Metronome in Love,” was a major hit with a total of 500,000 copies sold. Utaha’s first time working on a game script was for blessing software, but afterwards, she and Eriri were snatched up by Akane Kosaka. She is currently in charge of the script for Fields Chronicle.

Fantasizing (She won’t admit to it)